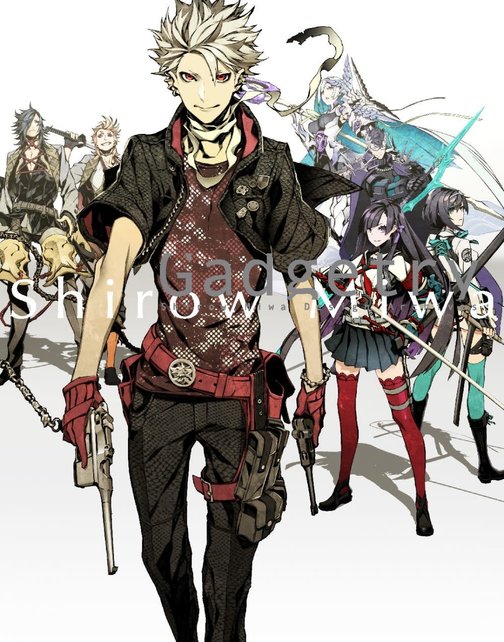 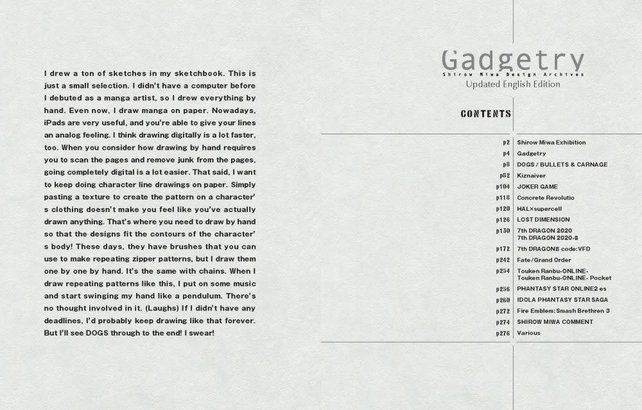 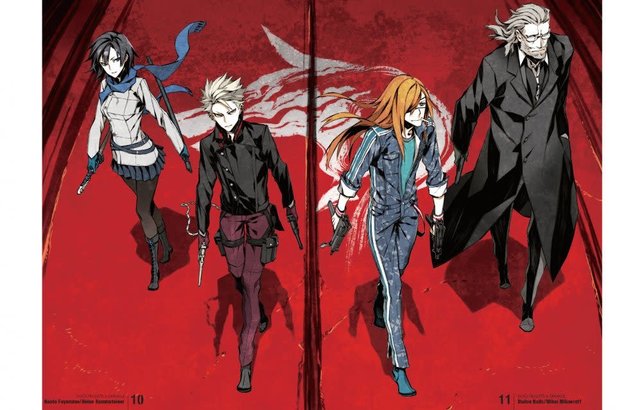 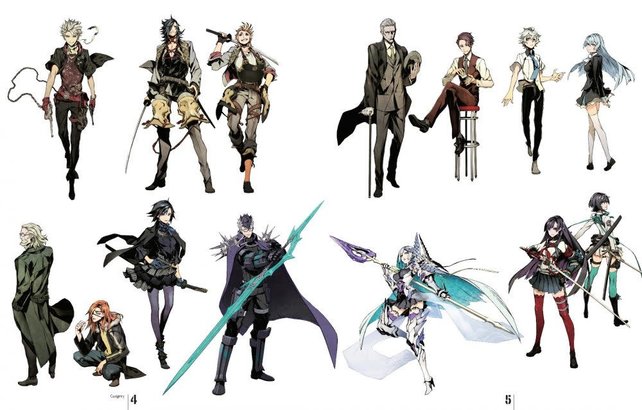 Create your own review
£29.95
Product description

The long-awaited ultimate illustration collection of Shirow Miwa, known as the author of manga DOGS, takes us deep into the core of his imagination! Characters from the game Fate / Grand Order, Saber/Sigurd and Lancer/Brynhild are now included in this updated English edition!

Shirow Miwa, the Japanese manga artist and illustrator, is best known for the manga series DOGS and RWBY, but has also contributed to visual works such as the 7th Dragon 2020 and Fate / Grand Order games, and the animated films Kiznaiver and JOKER GAME. In his career as a manga artist and an illustrator, Miwa has drawn a range of edgy characters from ancient people with animal ears, summoned beasts and superhero-like aliens, to true bad boys wearing glasses, pretty girls riding robots, a mysterious priest, samurai in sailor uniforms, brutal twins, a macho butler, a hot final boss and many more…
How were these distinctive characters created? Where does Miwa’s imagination comefrom? What was he thinking while he was working on each of these stunning visual works?
Delving into the core of Shirow Miwa’s imagination, this book will fascinate those in the animation and gaming industries with its treasured rough sketches, character model sheets, and visual illustrations. Included at the end is Shirow Miwa’s own commentary on each manga, game, and animations, which he wrote as part of each work’s creative team. This additional material gives readers insight into his creative process and thinking and allows them to witness the moment of birth of each of his mysterious yet attractive characters.

This book is an updated English edition of Gadgetry Shirow Miwa Design Achieves, which was originally published in Japan. The cover image has been redesigned to feature Saber/Sigurd and Lancer/Brynhild from the game Fate / Grand Order. This edition also showcases new character model sheets of Saber/Sigurd, which will surely satisfy the fans of Shirow Miwa hoping to collect all of his artworks.
Product information
Related Products
KATSUYA TERADA 10 Ten 10 Year Retrospective 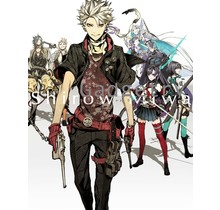 £24.00
ETERNAL: ILya Kuvshinov Illustration Works[BILINGUAL]
£22.90
Everyday Scenes from a Parallel World Background Illustrations and Scenes from Anime and Manga Works[Japanese/English]
£27.50
Please accept cookies to help us improve this website Is this OK? Yes No More on cookies »
← Return to the back office    Welcome to our homepage! - Brexit update. Due to the customs procedure at the UK border, it might take extra time for the delivery to EU countries. Hide
Compare products 0 Products