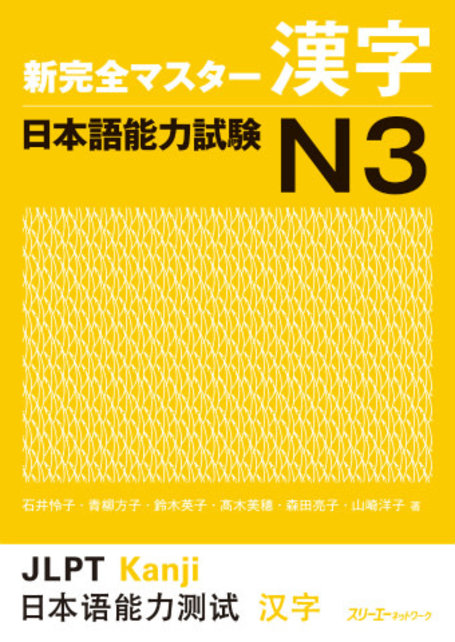 Create your own review
£15.50
Product description

Here is text for those who have finished studying the 300 kanji needed for N4 of the Japanese Language Proficiency Test, and wish to take their kanji studies to the intermediate level. In 25 practice sections, the learner studies how to read 354 N3 kanji and 88 new readings of kanji at the N5 and N4 levels.

Rather than studying individual kanji one at a time, they are studied within sentences, and in this way, the learner becomes aware in a practical manner of how they are used in particular expressions. To ensure the study points are clearly understood, each practice section has the kanji arranged according to their distinctive features, e.g., Japanese readings, Chinese readings, situational use, different readings of the same kanji presented in the same lesson, etc.

Structured so that study is easy even for those learners from?countries that do not use Chinese characters:
① On'yomi (Chinese) and kun'yomi (Japanese) readings are shown for every kanji studied in such a way that the difference can easily be understood.
② The font helps with comprehending how the kanji is written.
③ The font size used is slightly larger than normal.
④ Kanji not under study in the lesson are shown with kana readings.

The N5/N4 kanji list in the accompanying separate booklet can be used for confirming the kanji at these levels. The commentary and part of the vocabulary are translated into English and Chinese. 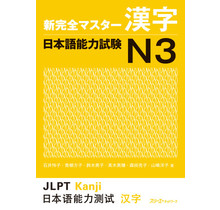